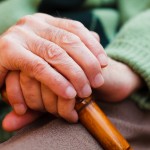 Poor arm recovery is a major cause of post-stroke disability, with fewer than 15% of survivors regaining full arm function by 6 months (Nakayama et al., 1994). Activities found difficult by stroke survivors include dressing, bathing and feeding (Sveen et al., 1994) where good arm and hand function is required. Muscle weakness and muscle stiffness (also known as spasticity), and altered sensation are common. These impairments cause difficulties with arm movement co-ordination when survivors’ perform functional tasks.

Arm impairments are also associated with poorer quality of life (Morris et al. 2013). It is therefore vital for survivors’ quality of life and independence that rehabilitation strategies for arm recovery are effective.

The review carried out by Farmer et al. (2014) examined effectiveness of assistive technologies for rehabilitation of arm recovery after stroke. The authors focused on effects for arm impairment, for functional activities and for participation outcomes. In this systematic review the authors searched 11 databases for randomised controlled trials relevant to stroke, upper limb and a range of defined assistive technologies.

The authors judged the interventions and outcomes to be too heterogeneous to pool data in a meta-analysis. Instead they calculated effect sizes for individual studies. Comparator groups typically received conventional therapy or dose-matched usual therapy, which was often ill-defined. For participation, measured on the Barthel Index, Rankin and Functional Impairment Measures, effect sizes ranged from -3.32 to 1.78. This analysis showed that that high intensity CIMT in the acute phase after stroke had a negative effect with worsening at follow-up (5). Other modalities showed small improvements however, with effect sizes ranging from 0.5 to 1.78. Importantly, participant reported use of the arm was increased with effect sizes of between 0.12 and 1.12.

Time after stroke is important with all interventions showing greatest effects in the acute phase. Only electrical stimulation to the shoulder and CIMT showed no effect and in fact were detrimental in the very acute phase.

Farmer et al. concluded that there is an overall positive effect of assistive technology on impairment, activity and participation outcomes of the upper limb after stroke compared to usual care. However, effects are small and some interventions delivered early after stroke onset may be detrimental.

What the Stroke Elf thinks

This is a comprehensive examination of the effects of assistive technology on rehabilitation outcomes of the arm after stroke that provides a useful state of the art assessment. The authors have used robust and replicable systematic review approaches to minimise bias and to assess study quality and have undertaken a credible task in assessing and summarising this body of work. Their job was complicated by the heterogeneity of interventions and outcomes, making data pooling and therefore summative assessment difficult. The inclusion of CIMT as an assistive technology was an interesting decision; it is different in nature from the other interventions in being more behavioural than technological, however the authors justify its inclusion because of the use of a device – the mitt. Overall, the authors were unable to demonstrate the relative benefit of one type of technology over others therefore selection of devices is likely to depend on cost-effectiveness. These are often costly devices therefore cost effectiveness compared to augmented traditional therapy has to be a consideration in justifying their use. Future research should therefore evaluate cost-effectiveness as a priority.