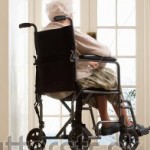 Being able to reliably predict the long-term outcome for a stroke patient during the early post-stroke period would allow for the planning and tailoring of the person’s care needs, help avoid unrealistic expectations of recovery by the patient and family and build confidence in the rehabilitation process.

To establish what is currently known about prognosis after stroke, a group of researchers in the Netherlands (van Almenkerk et al., 2013) carried out a systematic review of studies where stroke patients had been assessed within one month of stroke onset and followed up at least three months later. From the data gathered they then assessed whether there was strong evidence for predictors of outcome.

Unlike previous studies which have evaluated predictors of good outcome they reviewed the evidence for predictors of poor outcome, which they defined as the person being in a long-term care setting or as having a severe disability as measured on standard scales.

The group conducted a thorough search in five languages, and having applied strict inclusion criteria to the 3,971 titles they found, they identified a total of 33 studies that described 27 cohorts to include in their review.

These studies all included multivariable regression analyses which were used to identify independent prognostic factors, with effects given by point estimates and confidence intervals. Having assessed twenty different factors what emerged was some obvious predictors, some intriguing ones, and a lot of potential predictors which have not been adequately researched.

The researchers concluded that at present our ability to predict poor outcomes for stroke survivors is still minimal; in fact they suggested that the physician’s intuition about their patient’s prognosis is likely to be as good as using the predictors they identified.

They pointed to number of issues that still need to be addressed in this area, but the bottom line is that the hope of an evidence based tool for reliably predicting poor outcome after stroke is still a long way off.

This was a well conducted review that ultimately showed us that we know little about what factors will predict poor outcome after stroke.

The authors made some good suggestions for future work, but as they listed the difficulties that would be encountered in developing a reliable clinical prediction tool, it became clear that extensive work is still needed.

Whether there will be sufficient research funding in the future to achieve this is debatable.