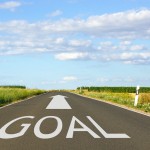 Stroke survival rates in the UK are improving, with an increasing number of stroke survivors undergoing post-stroke rehabilitation.

The latest NICE guidelines for long-term rehabilitation after stroke and the UK National Clinical Guidelines for Stroke have both identified goal setting as an integral, effective and efficient process which should play a prominent role in stroke rehabilitation.

Goal setting consists of identifying and agreeing on specific behavioural goals and then working towards achieving these. NICE advises that multidisciplinary goal setting meetings should take place at least once a week.

With such national guidelines advocating goal setting in stroke rehabilitation, it is essential that we review the evidence for its effectiveness and acceptability.

Stroke causes a wider range of disabilities and has a greater disability impact than other chronic diseases (Adamson,  Beswick & Ebrahim, 2004) therefore it is vital that we determine the most effective rehabilitation strategies for stroke survivors specifically.

A recent systematic review by reviewers from Queen Margaret University, the University of Edinburgh and Glasgow Caledonian University did just this; evaluating and discussing the evidence for goal setting specifically in stroke rehabilitation.

Goal setting consists of identifying and agreeing on specific behavioural goals and then working towards achieving these.

The reviewers conducted an extensive and systematic search including searching 13 databases, Current Controlled Trials and the Stroke Trials Directory. Studies of any methodological type and involving any form of goal setting were included.  Studies were included if they evaluated either the effects or experiences of goal setting.

As this review was focussed on goal setting in stroke survivors specifically, 22 studies were excluded as stroke specific data could not be obtained. A rigorous selection and screening process resulted in 17 studies selected for inclusion in the review, involving 614 stroke survivors, 43 professionals and 38 carers. Patients were often unclear about their role in the goal setting process.

The reviewers make a number of conclusions, including suggesting that goal setting may improve some aspects of stroke survivor outcomes such as self-care ability and goal achievement.  Considering the varying methodological quality of the studies, varying methods of goal setting used and various outcome measures used however, they reasonably conclude that:

No firm conclusion could be arrived at regarding the effectiveness of goal setting. With guidelines recommending that goal setting is done, it’s about time that we found the evidence to support it!